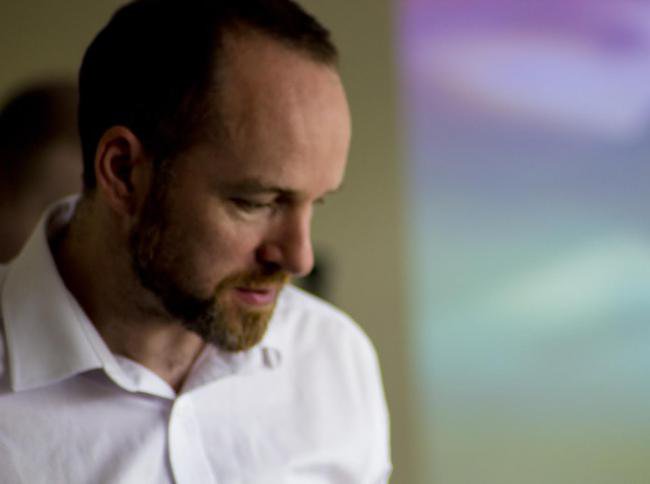 Dr Scott Mc Laughlin is a composer and improviser based in Huddersfield, UK, born in Ireland (Co. Clare). He lectures in composition and music technology at the University of Leeds. His research focuses on the physical materiality of sound and performance, combining approaches from spectral music and experimental music with dynamical systems theory to explore autopoiesis and recursive feedback systems in constraint-based open form composition. His debut CD "There are neither wholes nor parts" was recently released on Ergodos Records.

He was a late-starter academically, spending most of his 20s playing shoegaze/alt-rock guitar between Belfast and Galway, before studying music at the University of Ulster at Jordanstown (BMus 2001). After a further couple of years he was fortunate to receive Arts Council funding for an MA and PhD at the University of Huddersfield. He graduated in 2009, under the guidance of supervisors Pierre Alexandre Tremblay, Bryn Harrison, James Saunders and Christopher Fox. He also attended the Ostrava Days Summer School (Czech Republic) in 2005 and 2007, and attended the Ennis/IMRO Composition Summer School from 2000 to 2002.

‘Resonant Path (solo version)’ is an installation that explores the resonant pitches of everyday objects, drawing out one-by-one the many sonic paths of the labyrinth spectrum of spanners, cups, and other resonant detritus. Participants learn to become attuned to the hidden harmonies of these objects.