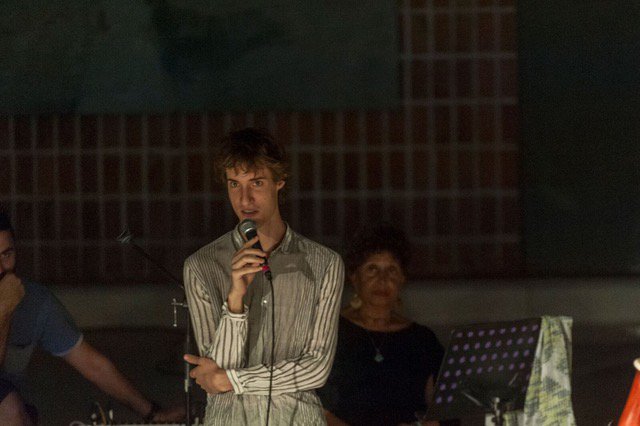 One of the main threads of documenta 14 (2017) in Kassel and Athens were sound practices and ideas and acts of listening. The documenta 14 project featured an unprecedented amount of music, including scores, installations, performances, and concert series—including a feature on Pauline Oliveros—much of which was reflected in and presented through the documenta 14 project Listening Space, in Athens, curated by Paolo Thorsen-Nagel. Thorsen-Nagel, documenta 14’s Sound and Music advisor, reflects on the ideas that were central to the various sonic manifestations and the making of the documenta 14 exhibition itself, as well as the effects it might have had on its audiences.

Paolo Thorsen-Nagel (b. 1985, Chicago) is a German-American musician and artist. In his sound, performance, and moving image works, he concentrates on the materiality of sound and its relationship to physical and psychological space, as well as their visual dependency. Recent projects include Interiors at Mavra, Berlin, and Measures at Taylor Macklin, Zurich (2016); a performance with Tobias Spichtig, at the Hammer Museum, Los Angeles (2015); (Untitled) Hannah Weinberger, with Jannik Giger, Kunsthaus Bregenz (2014); Words on Pictures–Puns and Punishment, for Avery Singer, Kunsthalle Zurich (2014); Orchestra, with Calla Henkel, Max Pitegof, and Tobias Spichtig, New Theater, Berlin (2014); S.S.O.R., for Adriana Lara, Kunsthalle Basel (2012); and a featured performance in Alexandra Bachzetsis’s Etude, at dOCUMENTA 13, Kassel (2012). He is Sound and Music Advisor for documenta 14, as well as the curator of Listening Space, Athens, and co-curator of the documenta 14 concert series at Megaron, the Athens Concert Hall.