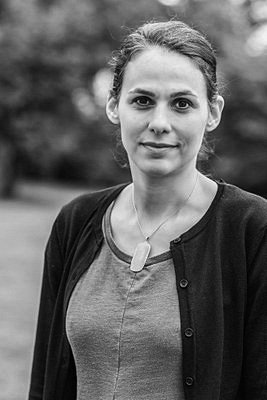 Leah Bassel is Associate Professor in Sociology at the University of Leicester.  Her research interests include the political sociology of gender, migration, race and citizenship and she is author of Refugee Women: Beyond Gender versus Culture (Routledge, 2012); The Politics of Listening: Possibilities and Challenges for Democratic Life (Palgrave, 2017), and Minority Women and Austerity: Survival and Resistance in France and Britain, co-authored with Akwugo Emejulu (Policy Press, 2017).

She led an Economic and Social Research Council-funded project exploring migrants’ experiences of the UK citizenship test process and co-led a British Academy-funded project on minority women’s activism under austerity with Akwugo Emejulu. She is Assistant Editor of the journal Citizenship Studies. Leah had the opportunity to do emergency outreach work in Paris before pursuing an academic career, where she provided humanitarian assistance to asylum seekers and created a circus camp project for refugee youth.

The Politics of Listening (Palgrave, 2017) explores listening as a social and political practice. I draw on cases from Canada, France and the United Kingdom: debates over gender culture and religion; riots and young men (using my Media and the Riots report (2012), submitted to the UK Leveson Enquiry into Press Standards); citizen journalism; solidarity between migrant justice and Indigenous activists. I consider whether and how a politics of listening is possible. This politics, I argue, has the potential to create new ways for adversaries in tense conflicts to be and act together as political equals who are heard on their own terms.

Nick Couldry (London School of Economics), author of highly-celebrated book Why Voice Matters who describes this book as ‘A valuable contribution to the growing literature on voice’.  Other endorsements: Les Back (Goldsmiths College), author of The Art of Listening, leading sociological work in the field; Susan Bickford (University of North Carolina), political theorist and author of key book The Dissonance of Democracy.