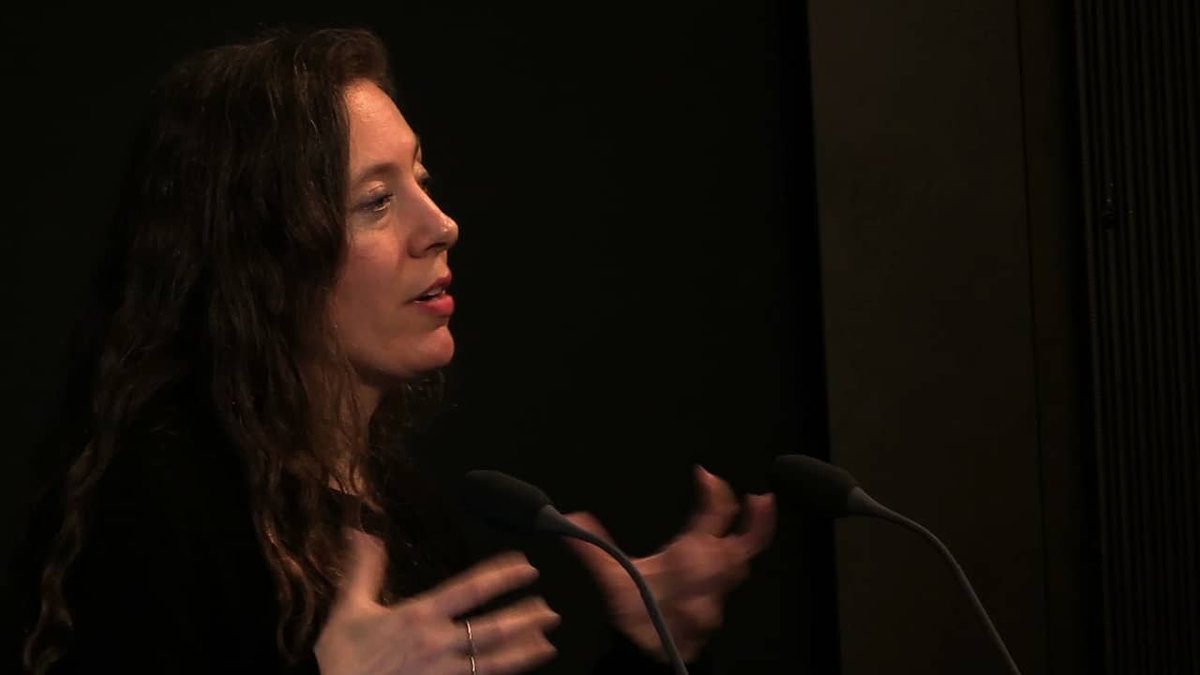 Aura Satz lecturing at the Royal College of Art

Aura Satz completed a practice/theory PhD at the Slade School of Fine Art. Between 2002 and 2005, she was a recipient of the Henry Moore Post-Doctoral Sculpture Fellowship. From 2009–10, she was artist-in-residence at the Ear Institute, UCL, funded by the Wellcome Trust. From 2014–15, she was practitioner-in-residence at Chelsea college of Arts. She has also been awarded a Leverhulme artist’s residency to make a film at the Institute of Sound and Vibration Research, the Department of Music, and the John Hansard Gallery, hosted at the University of Southampton.

Aura has performed, exhibited and screened her work nationally and internationally. She was included in the 20th Sydney Biennale ‘The future is already here — it’s just not evenly distributed.’ She is Moving Image Tutor at the Royal College of Art.

For Listening after Pauline Oliveros Aura will present her extraordinary Dial Tone Drone. In the work Satz uses the electronic dial tone of telephones as a starting point for a discussion with electronic music pioneers Pauline Oliveros and Laurie Spiegel about drones and their use in music. Excerpts from the conversations, recorded via Skype and mobile phone, are played against compositions by the two composers in an attempt to describe the political, musical and conceptual dynamics of the drone.